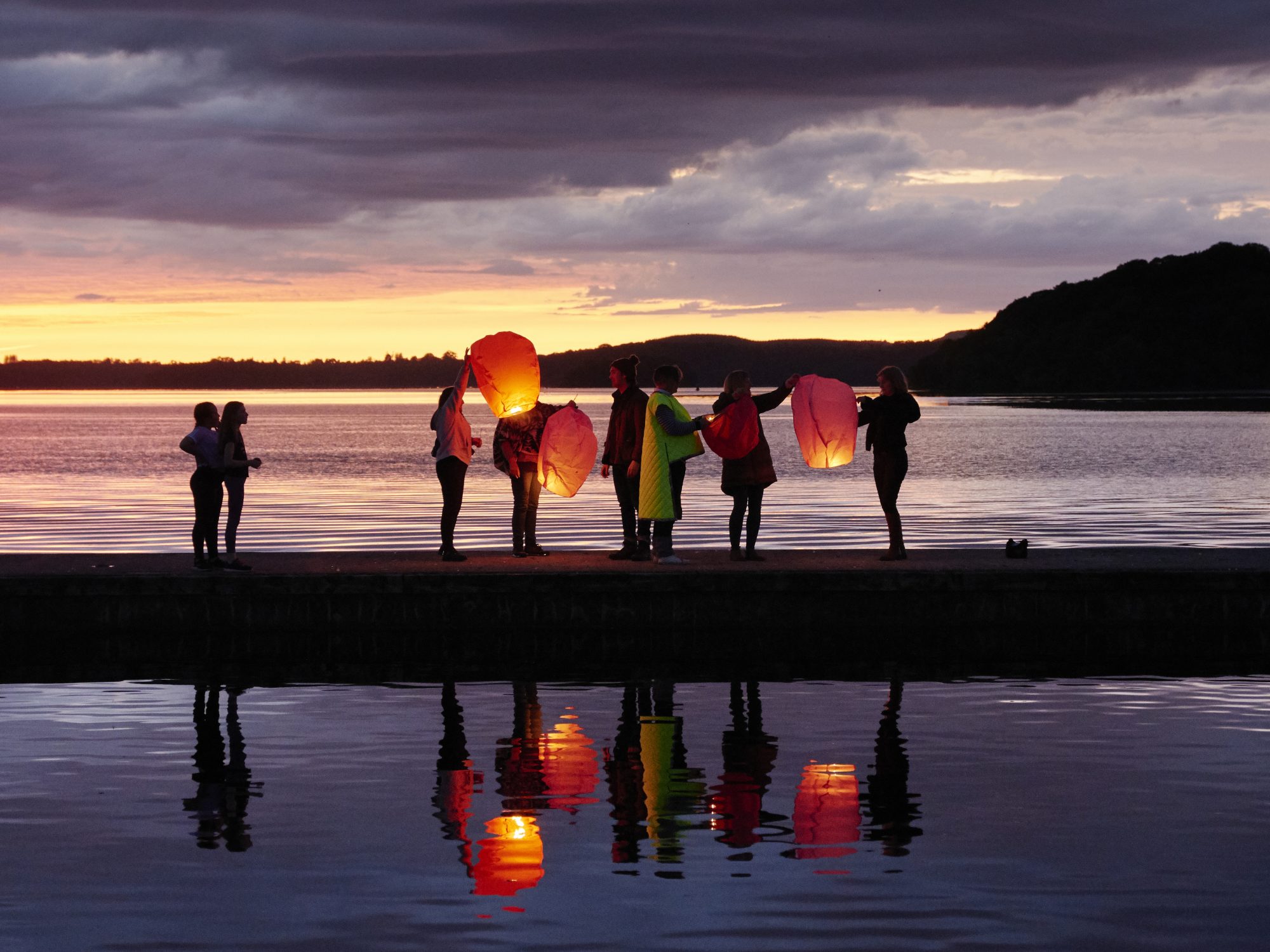 In June 2019 on the longest day of the year, a participatory performance event was held in Lough Key Forest Park, Roscommon. Commissioned by Roscommon Art Centre as part of The Park Project curated by Linda Shevlin and supported by Fingal Arts office.

80 participants took part in ‘Before the last sun sets’, which was inspired by the layered histories of the parklands and the controversial building of the Moylurg tower (1971), a Brutalist viewing tower designed by architect Jim Feeily, which rises from the ruins of the once splendid Nash designed Rockingham mansion (built 1880-demolished 1971).

The performance looked to give voice to the tower and to the site through the use of film,  sound, costumes, sculptural and fabric elements, ritual movement and scripted scenes as well as the collective engagement of the participants.  5 acts: rescue, recovery, uprising, plans and evacuate, were played out across the park land and tower where participants became both the activators and performers.